Mobile devices are born with cameras, microphones and other sensors. With a ‘Dynamics 365 for phones’ app in your palm, will it be cool if you can scan ID cards with a camera of your phone? This is exactly what I did. The user persona is for workers on the ground and constantly on the go.

A picture worths a thousand of words. 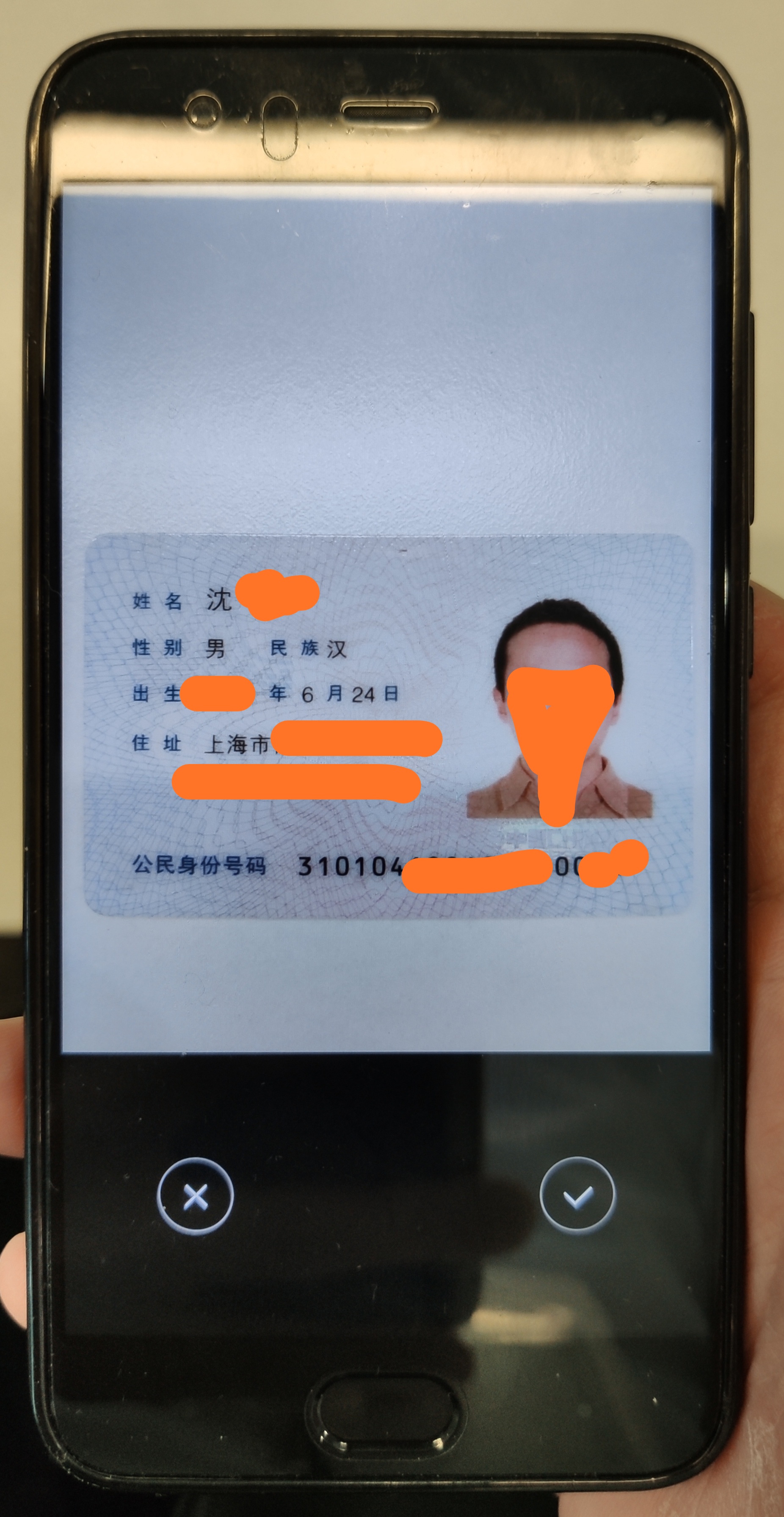 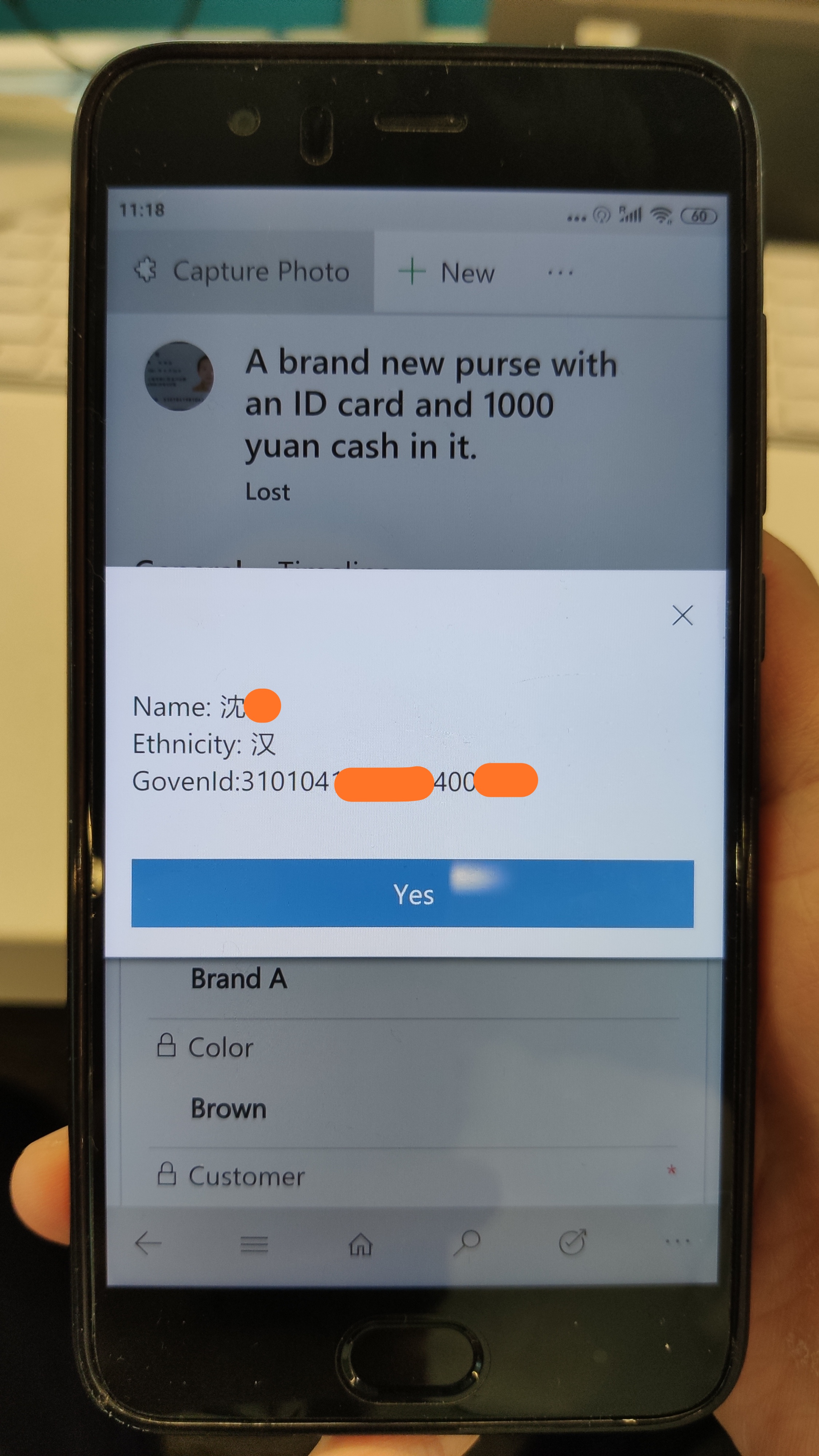 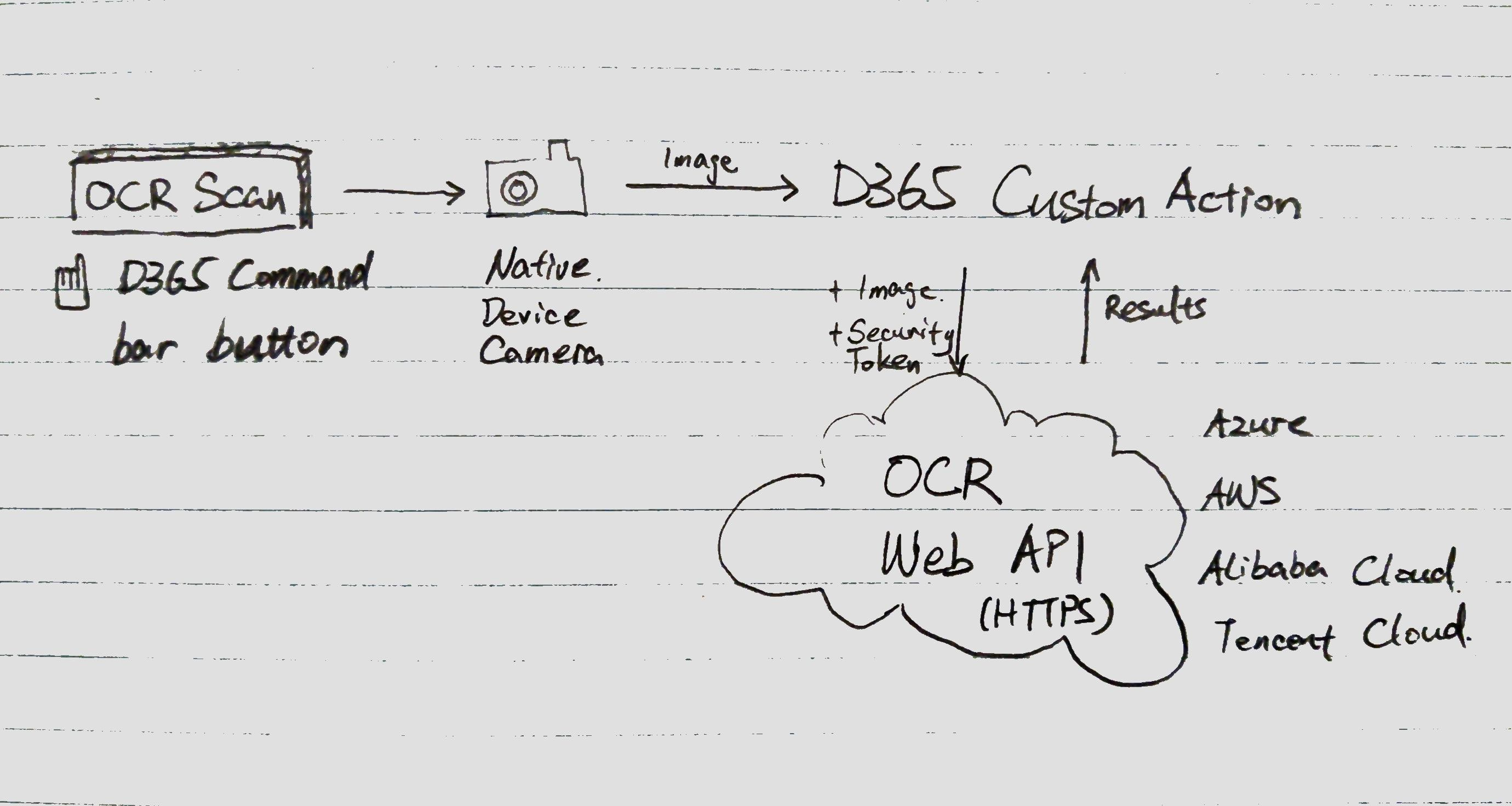 Calling a backend web API with a security token via client code should be forbidden because letting someone to see your security tokens is just too unsecure. So, I opt for a Dynamics 365 action as the middle ‘man’.

So Alibaba Cloud has off-the-shelf web APIs for OCR processing Chinese nation ID card. It works, but the Aliyun ID Card OCR endpoint documentation can be better. At least, the error codes definition section should be empty. After poking around, I found the error code documentation is on another page.

The quality of a photo upload will affect the accuracy of the result directly. The key properties of a photo are size, rotation, angle, focus and lighting. For example, I had much better OCR results after increase the image size by 10%.

The ID card OCR process takes a few seconds to complete. So, I wanted a UI control to show progress while waiting. Since I am quite happy with a spinning wheel and a message which block the main form/UI. I found the following client API functions are sufficient for the job.

You can only remote debugging with the Windows 10 version of the ‘Dynamics 365 for tablets’ app.

My colleague also documented the steps in Chinese.

It Only Fails in Andriod!

What is a worst bug for a developer? I definitely feel like pulling my hair out when something fail silently and there is no way to debug.

Initially, I couldn’t get the Aliyun endpoint to respond on the Android version of the app. The same functionality worked beautifully on a Windows 10 version of App (Dynamics 365 for tablet). The failure on Android was quiet and I just couldn’t find a way to remote debug.

In order to test the OCR endpoints quickly, I decided to make web API calls directly from the frontend.

If you want to make a XMLHttpRequest call from Dynamics 365 frontend via JavaScript. The Windows 10 native app will quite happily call an HTTP URL. However, the Android native app will accept nothing less than an HTTPS URL and it will fail SILENTLY on an HTTP URL!!!

Microsoft support responsed with this debugging option and stated it is not tested. Microsoft did NOT give me a step-by-step guide.

I know I can use the Andriod emulator to debug a Xamarin app, but in my scenario I was trying to debug JS code inside the ‘D365 for phones’ app (without Microsoft’s source code). I don’t understand how this debug option will work.

Anyway, if you are interested, please refer to the following Microsoft documentation.

Visual Studio Emulator for Andriod (Do NOT use)

The ‘Dynamics 365 for Operations’ app has remote debugging capability. You can have the remote debugging super power by downloading and installing a special version of the app. You cannot do so from standard app Stores. Downloading the Apk file is the way to go. More details are documented on the “Mobile platform resources” docs.microsoft.com page.

Unfortunately, the ‘Dynamics 365 for phones’ app doesn’t have the special version. Please let me know if you have a way to remote debug the Android app directly. Thanks in advance!